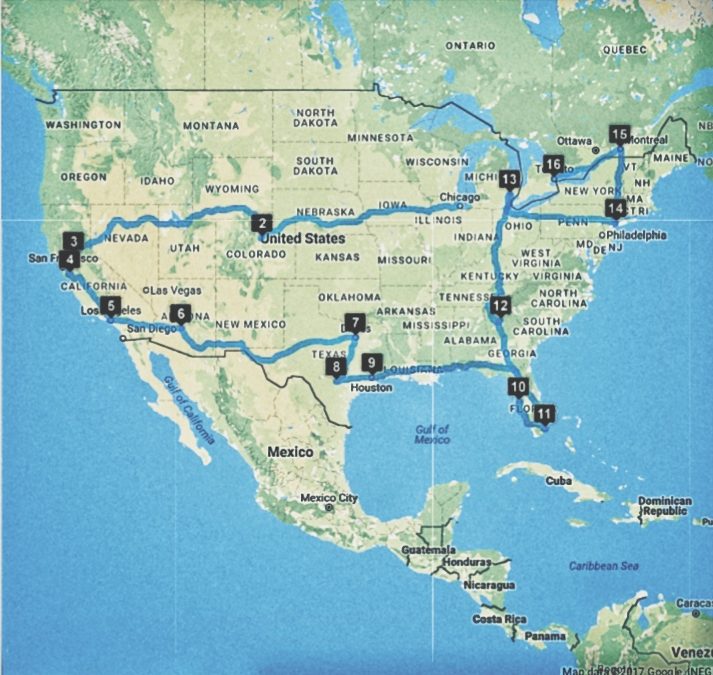 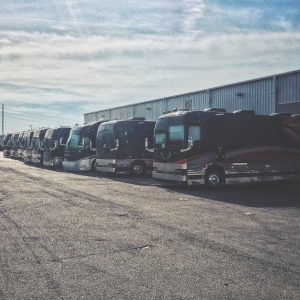 In 2017 I got offered to go on the road as PM for a new band that was the opening act for a major US Tour, I’ve traveled most the world but never had the adventure of doing it on a Tour Bus, so I went for it.

We started rehearsals in Chicago, got to know the guerrilla-style crew for the act and found out that not only was I acting as a PM but that I was in charge of: setting up and operating the sequence rack, running cables for SMPTE, talk to the guys on their IEM reminding them which city we’re in, marking the stage so the guys know their positions, getting the buyout from the promotor, getting comps and sending them back to will call, send the daily schedules, making everybody keep up with the schedules, working on the routing with a remote Tour Manager, paying the crew, among other daily extra chores.

So we made it through rehearsals, and on our way back to the hotel I realized my wallet was gone… I’m about to hit the road for 5 weeks with no money or credit cards (way to go dude). I spent most part of my night canceling my credit cards.

Opening night in Chicago was great, the fans were all in for the guys and Tour’s Production was super thrilled to have us for the remaining dates on both legs of the tour. After a long shower, we got on the bus, played Monopoly till sunrise followed by our first experience in the coffin (bunk bed). Did I mention I was riding on a dry bus? Yep, as I’m traveling with minors, their tutor and teacher, my bus was booze free.

At some point during the next day, we were driving between Omaha, NE and Denver, CO when all the sudden A/C on the bus broke down. Imagine being on a bus with 12 people, outside temperature 104°F (40°C), a 5-hour drive ahead of us and no A/C.

As we were getting to Denver we got a spectacular view of the Rocky Mountains at sunset. At this point, all I had in my head was the song Rocky Mountian High I’ve picked up earlier in my life from my uncle.

After a few hours of a bus stop in Denver, we hit the road again. This time I decided to ride shotgun so I spent all night getting to know the driver and listening to his stories. (From UFO sighting to how he got his nickname from Keith Richards and all kind of random facts of the places we were going through). As we were driving through the Salt Planes, Lynyrd Skynyrd’s Free Bird played on the radio (pretty appropriate).

From that night on, every time we were not doing back to back shows I rode shotgun talked to my new friend, had a lot of coffee and worked on some upcoming European shows I had with another artist in between the 2 legs of the current Tour. Sometimes around sunrise, we would look for a Cracker Barrel or similar to have breakfast while all others were getting their beauty rest.
We arrived in San Jose, CA for 3 back to back shows and a day off. After that, we drove to Phoenix, AZ (the hottest place I’ve ever been. The soles of my shoes literally started to melt while I was standing on a sidewalk outside the arena). 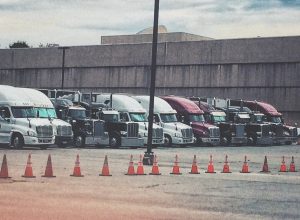 At this point of the tour, we had to take down all signs or IDs from the bus, as we were the opening act, not every time we got to park inside the arenas and fans were crowding outside the bus, everyone in our camp was having a hard time trying to get in & out the venues, etc.
Then it was time for another 3 shows in a row, this time Dallas, San Antonio & Houston. But first, we had our mandatory bus stop at Albuquerque, NM where part of the gang went to visit Mr. Walter White’s house.

After the Texas run, we hit the road towards Biloxi, MS as our bus stop on our way to Tampa. (we only had 1 driver so we needed to stop every 700 miles or 10 hrs whichever came first, the electronic log on the bus would not allow us to go any further).

When we were heading out of Biloxi Tropical Storm Cindy hit us so our drive into Tampa was filled with flash flood alerts, we did 2 shows in Florida where our 13th passenger got off (I guess I didn’t mention one of the guys thought it was a good idea to buy a pet to take along on the Tour Bus so he bought a flying squirrel back in Omaha. The Driver was furious about this…) and then it was time to head to Atlanta.

At this time of the tour everything worked just perfect, everyone was on point just like clockwork, it was such a pleasure getting out of the bus each morning and just being part of it.
From Atlanta, another bus stop at Richmond, KY. We tried to get out as early as possible to beat traffic on our way to Detroit, as we reached Flint, Journey’s song Lights came up on the radio and I had this inexplicable nostalgia feeling (as if I had been there back in the days). 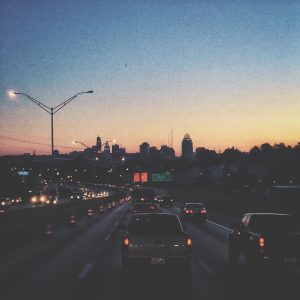 From Detroit, MI we head to New York for 2 shows at the Garden, and then it was time for Canada.
We reached Montreal with Bad Company’s Rock n’ Roll Fantasy playing on the radio in early July and had a couple of days off, (none of the tour drivers were happy to spend the 4th of July in Canada). Then it was show day again and as we arrived at the venue we got informed that both Canadian performances were postponed, so now we needed to figure out what to do as we were supposed to be at the venue all day, travel by night to Toronto, perform the next day and head to the airport right after to catch a plane.

Summing up this first leg was a blast, made some new friends, got to see a lot of the US from the road perspective and a lot of learning and growth was involved. For the records, all and all I consider this one a win!!!
I’ll write about the second leg soon.